The River Safety Group is a multi-agency group made up of representatives from Avon and Somerset Constabulary, Avon Fire and Rescue, Bath & North East Somerset Council, the Environment Agency and the Canal and Rivers Trust.  It is also supported by the Royal Society for the Prevention of Accidents (RoSPA).

By having a robust working partnership, the Group has implemented a number of safety precautions along the River Avon.

The River Safety Group is keen to emphasise that although the River Avon is a beautiful part of the city, people are reminded of the importance of staying safe around the water, particularly at night time.

Since 2011 the Council has spent in the region of £500,000 on river safety; it plans to spend £150,000 on the river corridor in 2015/16 and will be seeking partner contributions to increase that figure.  In 2016/17 around £5,000 will be spent on providing new gated access from the river in a stretch of existing fencing between Widcombe Lock and Spring Gardens Road.

In 2011 the Council, together with Avon and Somerset Police and Avon Fire and Rescue, jointly commissioned a report from RoSPA to understand what further safety measures should be implemented along the River Avon in Bath.  The River Safety Group has now taken action to address all of the 2011 RoSPA safety recommendations, as well as taking additional steps to improve river safety locally in the spirit of the recommendations.  In building upon the original RoSPA report, the Environment Agency completed a public safety risk assessment of the flood defence in Bath between Twerton and Pulteney Weir in 2014.  The recommendations from this risk assessment have been incorporated into the Group’s ongoing action plan.

One of the main recommendations from the 2011 RoSPA report was the provision of edge protection along a stretch of the river between Windsor Bridge Road and Green Park to prevent people from accidentally entering the water.  In 2012 the Council allocated £140,000 of capital funding to erect fencing along this stretch and this was completed in 2013.

Since then the Council has invested further funding into edge protection and in 2015 new fencing has been erected between Thimble Mill and Churchill Bridge and on the sloped path leading from Green Park Road.  In addition, repairs to the inset ‘ladders’ in the sheet piling were completed in April 2015.

Since 2015, the Council and the Environment Agency have been working jointly on flood mitigation plans for Bath Quays Waterside which includes reducing the steepness of the river bank from Churchill Bridge to Midland Bridge to make for a safer river environment.

The River Safety Group has been working closely with B&NES Student Community Partnership on the following projects:

As a member of the multi-agency River Safety Group, the Council continually works with its partners to improve safety along the River Avon to ensure that the measures already in place- and those new ones that are being implemented- make it as safe as possible. However, mindless actions such as vandalism and theft hinder the River Safety Group’s efforts to improve safety along the river. Since 2011, the Council has had to replace 55 of its lifebuoys as a result of theft or vandalism. This amounts to a cost of over £2,000.  Other vandalism, including removal of warning signs and damage to safety fencing, has also occurred which has required repair.

The Council has worked with Avon Fire and Rescue to develop more robust, vandal-proof cabinets for life saving equipment along the River Avon.  14 cabinets were installed at various locations along the River Avon in June 2015.  A promotional film has also been developed to show how anyone should use the cabinets in the event of an emergency.  It can be viewed at https://www.youtube.com/watch?v=NM9Hq82PD7w. 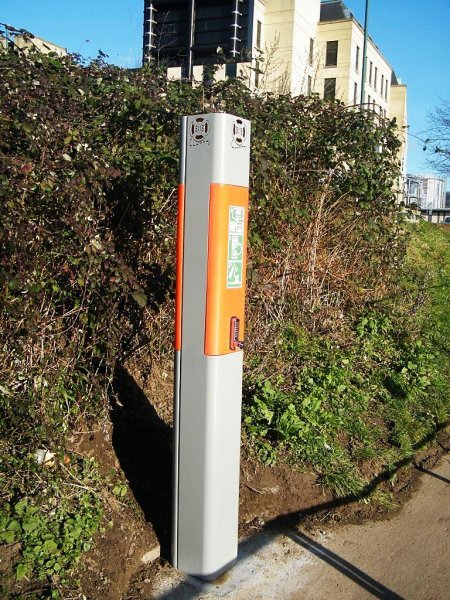 The River Safety Group is also contacting other landowners along the river where there is defective/missing lifesaving equipment on private land to offer advice and make them aware of their responsibilities with respect of the management of this equipment.

The Council has been undertaking work implementing safety recommendations from the Royal Society for the Prevention of Accidents (ROSPA) on the River Avon next to Bath Sports & Leisure Centre, below Pulteney Weir. The visitor moorings in this area were closed in April 2014, following an independent safety assessment from ROSPA.

ROSPA’s independent safety assessment, undertaken for the Council in 2014, confirmed that there were issues relating to both pedestrian safety and the safety of the visitor moorings by boaters between Pulteney Bridge and North Parade Bridge.

To date, the Council has spent over £150,000 on safety works in accordance with the ROSPA assessment , to ensure pedestrian safety on this stretch of the River including the installation of new railings and access gates and the installation of river safety cabinets.

The Council is working to re-open these moorings in future, with work on a Water Space Study underway to establish the way forward on key projects on Bath’s waterways. However further safety improvements are still required to address the concerns highlighted in the ROSPA assessment before these moorings can be re-opened for boaters.

The Council is encouraging boaters looking for visitor moorings travelling west to Bath along the canal to use the moorings at the Widcombe Lock flight between Lock 11 and Lock 10. Alternative visitor moorings on the River are also available nearby at both Avon Street/Green Park and at Bath Western Riverside.