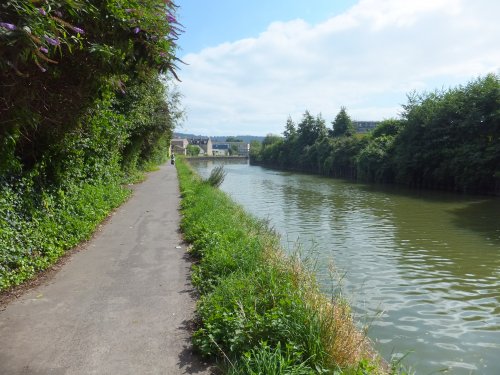 Bath & North East Somerset is proposing to allocate up to £150,000 to support projects to improve the river corridor in Bath over the next year.

This includes £50,000 towards the development of a business case, in partnership with the Environment Agency, to take forward a strategic flood project. This will help maintain the City’s flood defences and maintain the current performance of the Twerton flood gate, which if it failed could result in a further 200 Bath properties being at flood risk. The project will also enable some improvements to the Pulteney flood gate.

This is the second part of a phased city-wide flooding strategy, in partnership with the Environment Agency. The phase one flood alleviation scheme is now under construction at Bath Quays Waterside, the design includes upper and lower level river promenades, natural landscaping and a new large riverside public space. The new environment will provide an attractive and playful waterfront for Bath that can be used and enjoyed by thousands of people all year round.

A detailed business case will now be prepared in partnership with the Environment Agency, to unlock up to £5 million funding to deliver this phase 2 project. This webpage will include updates on this project.

The Council has also agreed to develop a business case to re-open the Pulteney moorings, between Pulteney Bridge and North Parade Bridge, which it is hoped, will lead to an £80,000 investment in River Avon moorings on Council-owned land. This would include the additional safety improvements needed before the Pulteney moorings can be re-opened for boaters. The Council has already spent over £150,000 on safety works in accordance with an independent Royal Society for the Prevention of Accidents (ROSPA) assessment, including putting in new railings, access gates and river safety cabinets.

A small amount of funding has also been earmarked by the Council to contribute towards a Bat Habitat Strategy for development sites within the Enterprise Area. This will help to meet the planning requirements from Natural England, the Government body responsible for looking after biodiversity and nature.

Alongside this, a Water Space Study, looking at new ways to use the river and canal system around Bath, is currently underway. Bath & North East Somerset Council, the Canal & River Trust, the Environment Agency, and Wessex Water are working together in the jointly-funded study, to identify projects to transform and revitalise the waterways along the River Avon between Bath and Keynsham, and along the Kennet and Avon Canal between Deep Lock and Dundas Aqueduct.

The study will not focus on strategic flood projects, but will instead look at all other aspects impacting on the river and canal, including boat moorings, river navigation by boats, leisure and recreation opportunities and wider wildlife and habitat enhancements. For more information see: www.waterspacebath.org.uk