Life Expectancy is the expected (in the statistical sense) number of years of life remaining at a given age.  Because life expectancy is an average, a particular person may well die many years before or many years after their "expected" survival.  In line with the national trends, life expectancy has been increasing in B&NES, and is higher for females than males.1

What does the data say?2

As life expectacy data is broken down by Deprivation, it is possible to extrapolate an expected life expectancy for each small area in B&NES. Figure 1 shows the life expectancy variation on various stops made by the 21C circular bus around Bath, Figure 2 shows the extrapolated figures for all LSOAs in B&NES, while Figures 3 and 4 show the gaps between most and least deprived deciles over time. 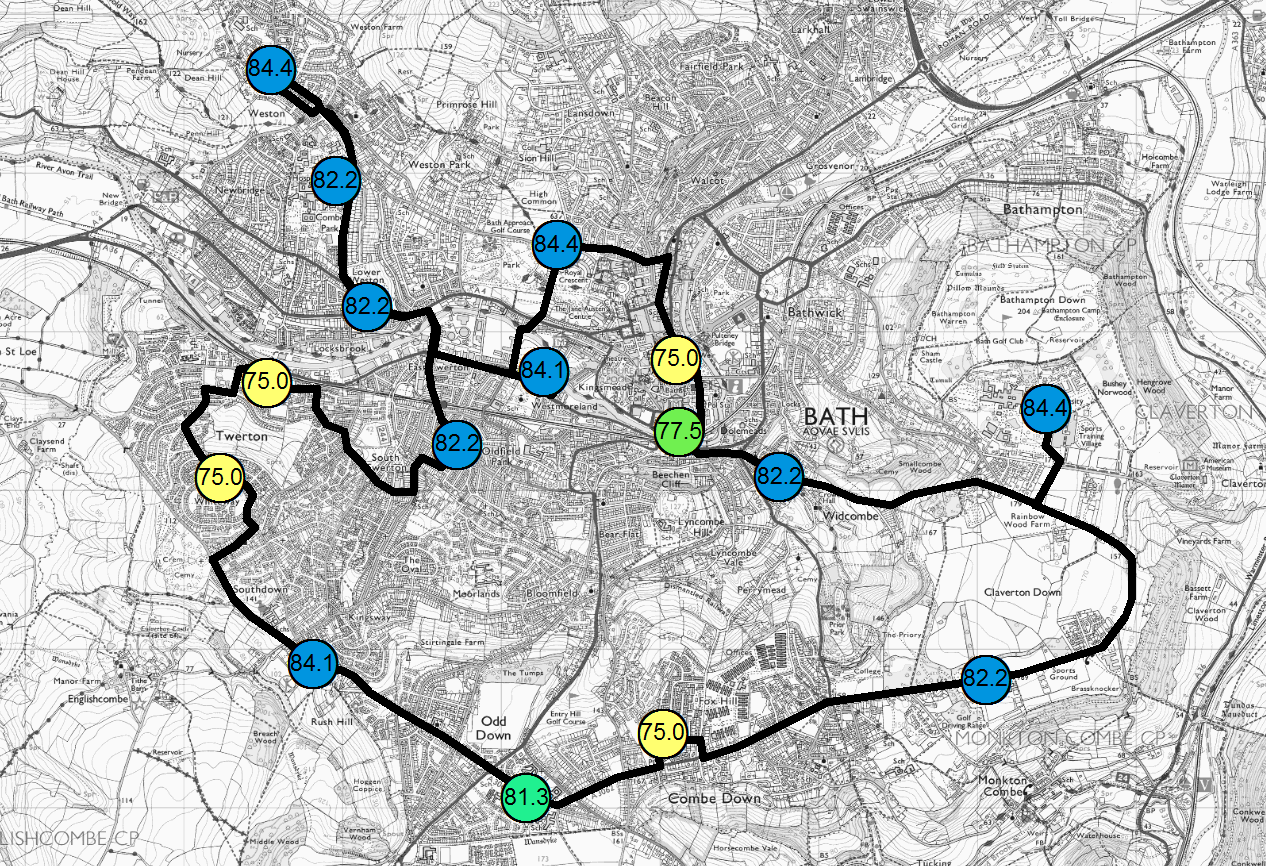 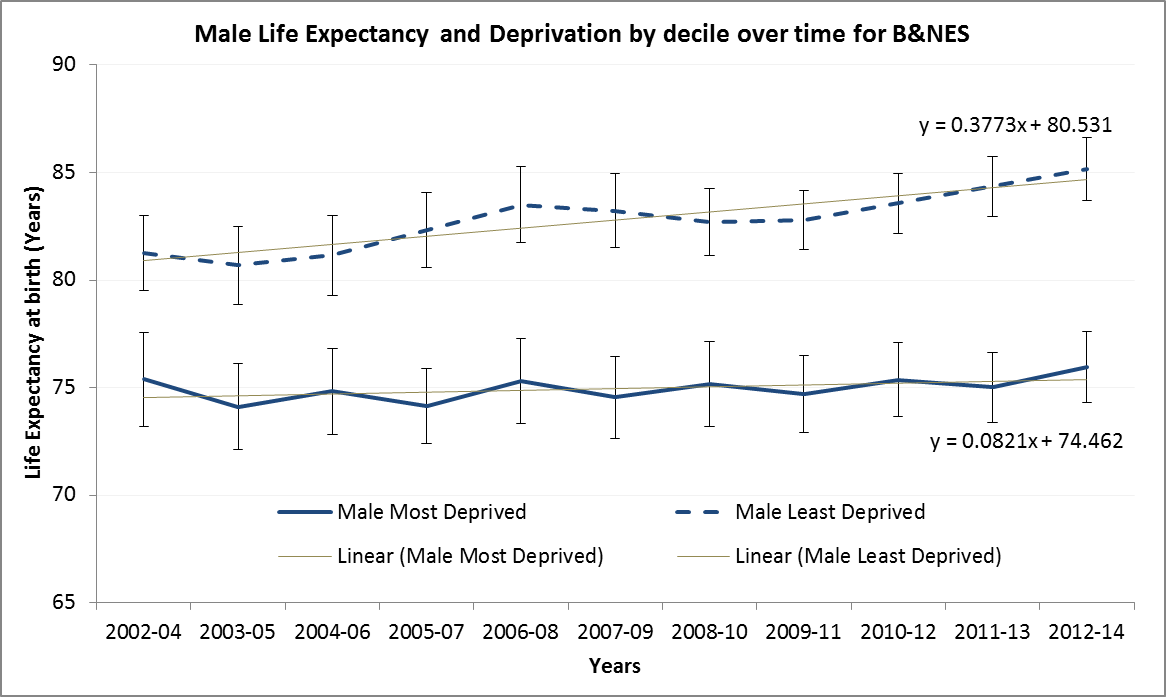 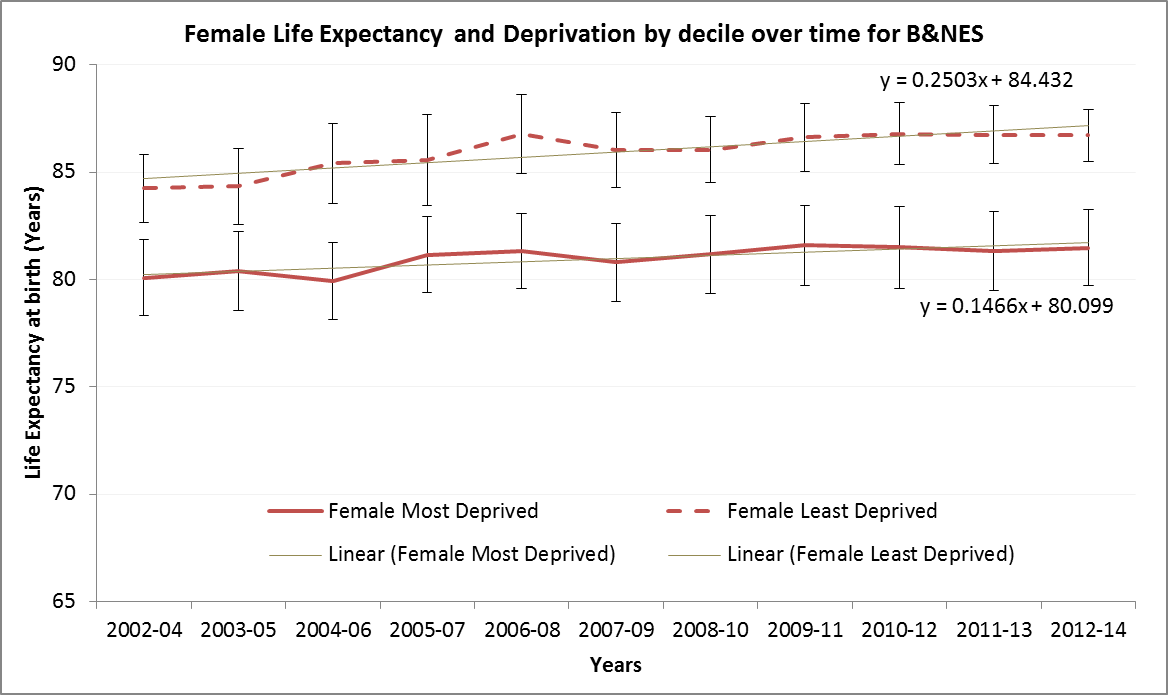 Life Expectancy Gaps by Cause of Death3

The Public Health England Segment Tool estimates the contribution that a broad case of death has on overall life expectancy between the most and least deprived areas of the authority.