There were 73,515 households recorded in the 2011 Census in Bath and North East Somerset. Table 1 details tenure of households in B&NES as at the 2011 census, this demonstrates that the housing makeup of the area is broadly similar to regional and national rates.

This picture has changed since the 2001 census when there was a lower proportion owning thier property outright (33.8%) and a higher proportion with a mortgage or loan (37.4%). There has also been a marked increase in private rental from a landlord or letting agency from the 2001 rate (10.1%) to 15.5% in 2011. Note that those self-recording as living in council houses are likely to be social housing tenancies rather than direct tenancies with the council.

Table 1: Tenure - Census 2011  1 or more information on the findings from the Census and their impact on Bath and North East Somerset, visit the local Census site.

Housing prices in the UK 2 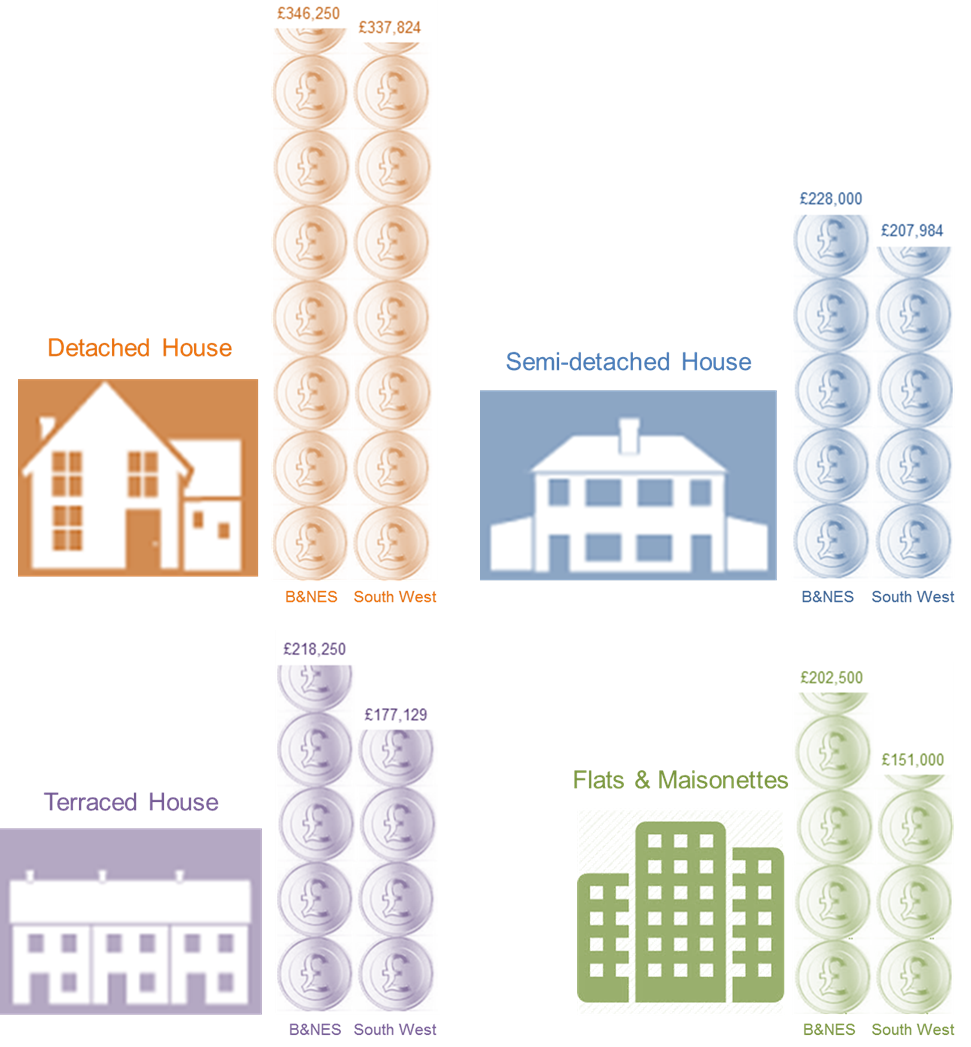 Figure 1: Comparison of house prices between B&NES and the South West in 2013.

In September 2013, the average house price in Bath and North East Somerset was £226,465, compared to £167,063 in England & Wales and £175,056 in the South West. Fig 1 demonstrates that historic changes have largely followed national levels, although in recent months house prices have differed from national and regional patterns and almost returned to levels seen in 2007. 5 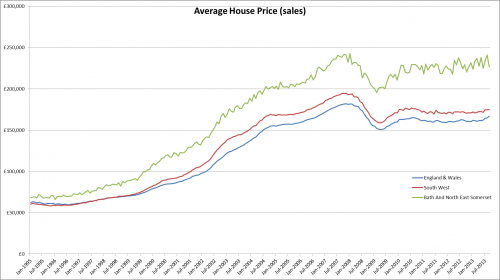 On average, full-time workers could expect to pay an estimated 10.8 times their annual workplace-based earnings on purchasing a home in B&NES in 2018, compared to 7.8 times annual earnings in England and Wales.  The 2018 B&NES proporty price to earnings ratio was slightly lower than in 2017 when it was 11.1, but still much higher than in 1998 when it was 4.5.

For more information see the ONS Housing affordability in England and Wales: 2018 report.

Affordable housing is effectively at a standstill position with limited net increase in stock. (14.4% is social rent which is almost the same as in 2001)