In Unicef’s 2013 alcohol consumption rates in children in rich countries comparative overview, Unicef compares 29 of the world’s most advanced economies.

According to Unicef’s report, in the UK, just under 20% of children aged 11, 13 and 15 reported having been drunk at least twice. The UK has the 7th highest rate in the table. In the Czech Republic, Denmark, Estonia, Finland, Latvia and Lithuania, more than 20% of young people report having been drunk on at least two occasions.

It is important to note that one of the limitations of these league tables is that internationally comparable data on children’s lives is not sufficiently timely. Between the collection of data in a wide variety of different settings and their publication in quality-controlled, internationally comparable form, the time-lag is typically two to three years. This means that most of the statistics on child well-being used in this report, though based on the latest available data, apply to the period 2009–2010.

The main findings from the annual ‘Smoking, Drinking and Drug Use Among Young People in England’ Survey for 2013 2 are as follows:

Estimates based on national figures suggest that around 800 children (11-15 year olds) in Bath and North East Somerset are estimated to be drinking to get drunk every week (8% of the 11-15 population (2010 mid-year estimates)). 3

In 2009 data suggests that Bath and North East Somerset was worse than nationally and regionally with respect to the percentage of children who had reported they had been drunk one or more times in the last 4 weeks (20% BANES, 15% England). 4

Referrals to specialised drug and alcohol services for young people (under 18 years) in Bath and North East Somerset are currently at a rate of 5-6 per month for primary alcohol misusers (around 15 referrals a month are for children abusing alcohol with other drugs). 5 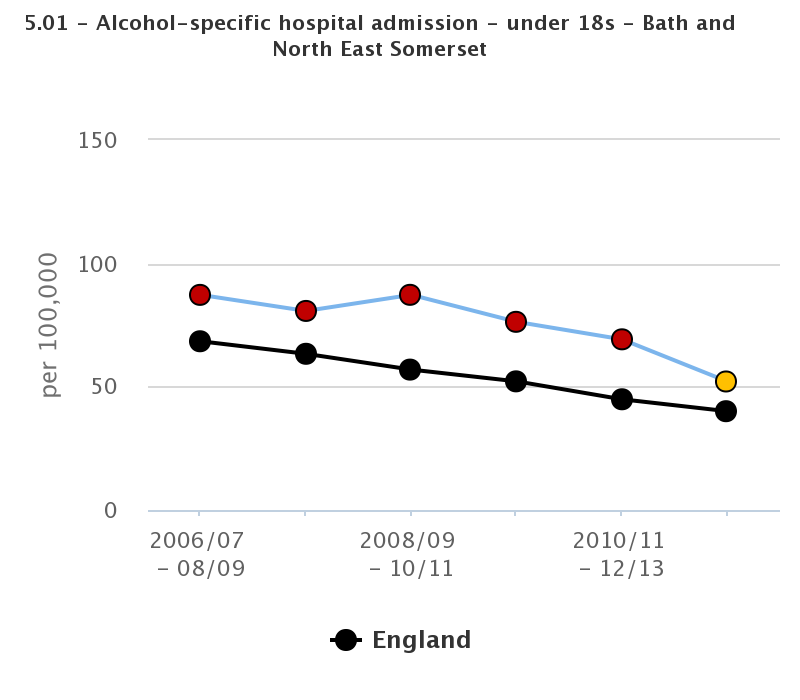 Please note that this local analysis has been conducted using SUS data.  Therefore, this analysis will not match precisely the HES data analysis presented above from the PHE Health Profile.

When analysed by month, there are no clear seasonal trends. 8 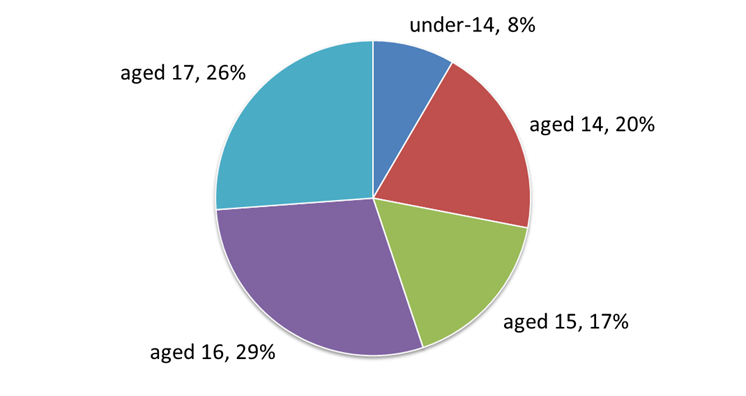 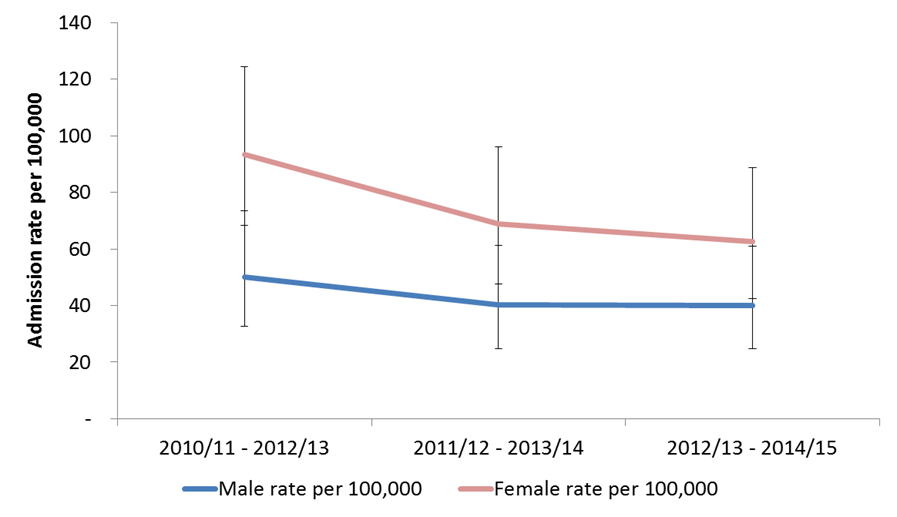 Rates over time for both genders have fallen. However, the under-18 alcohol specific admission rates for females have fallen more steeply compared to the comparable male admission rates.  There has been a consistently higher rate of alcohol specific hospital admissions for females compared to males in B&NES between 2010/11 and 2014/15.  However, statistical analysis of rates per 100,000 population show there is no statistically significant differences between the genders, or between the time periods. 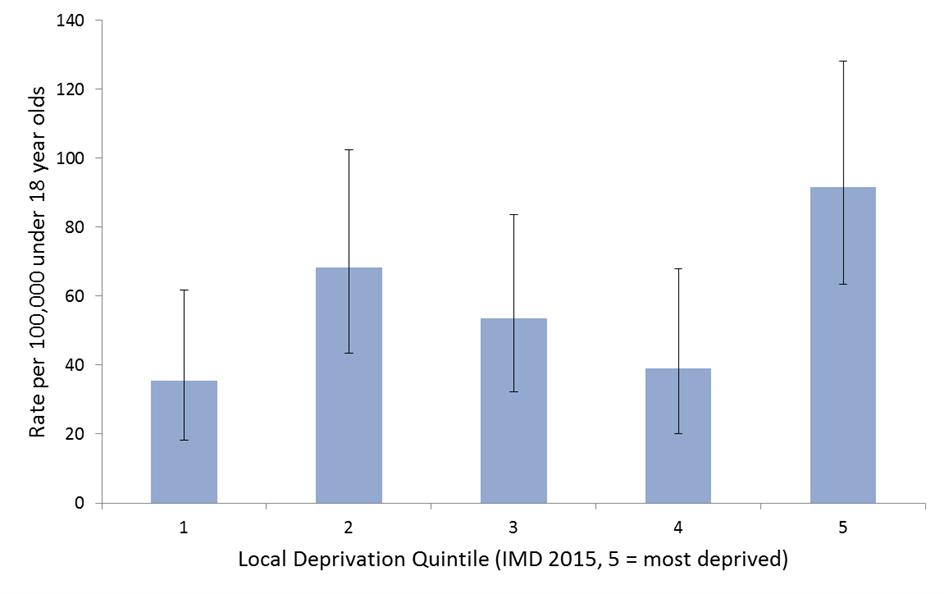 Figure 4 shows the rates per 100,000 under-18 population by local deprivation quintile of the 100 under-18 olds B&NES residents admitted to hospital for alcohol specific conditions during the five year period 2010/11 to 2014/15.  While young people living in the most deprived areas of B&NES experienced the highest rate of admissions, none of the deprivation quintile rates are statistically different from each other.

Bath and North East Somerset plays host to 20,000 students in its higher and further education institutes and the vast majority of these fall within the 18-24 year age group: at high risk from both hazardous drinking and alcohol-related crime. Students tend to spend a high proportion of their available income on alcohol and socialising. 9

Students are a particularly vulnerable group as this period marks the transition into independence for many young adults and is a time where long standing attitudes to alcohol may be formed or hardened. They are vulnerable to peer pressure and the need to be seen to conform to perceived social norms. Many are away from home and established social and support networks for the first time and may not know where to turn when problems emerge. 10