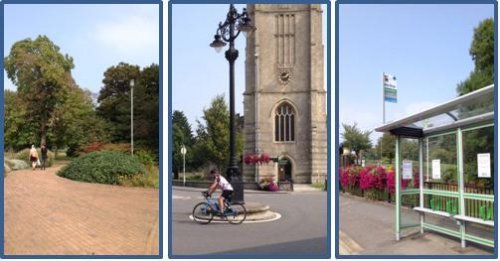 A new Keynsham Transport Strategy was approved by the Council's Cabinet on 8th July 2015. During their meeting the Cabinet resolved that the Strategy be subject to a period of engagement within Keynsham to allow the public a further opportunity to understand the proposals within the Strategy. Following the period of engagement the Keynsham Transport Strategy gained full approval in July 2016.

To view a copy of the agenda and documents taken to Cabinet for approval please click here.

Transport is fundamental to the successful economy and wellbeing of the town, its residents and employees.  It provides access to the town centre and its retail and leisure facilities, as well as access to employment for those living or working in Keynsham.

However, traffic congestion is causing delays; both in the town and for traffic using the A4, affecting the quality of life for residents in the town and making the town centre a less attractive place to visit.  Demand for travel in and around Keynsham is predicted to continue increasing, as a result of new developments proposed within the town. Further changes to the transport system will therefore be required to ensure that traffic levels and congestion are appropriately managed.

The long term vision is:

To minimise the negative effects of traffic congestion in and around Keynsham and ensuring it retains its independence and its separate identity within an attractive rural setting by becoming a more sustainable, desirable and well-connected place in which to live and work.

Following the publication of the draft Transport Strategy for Keynsham a consultation was undertaken with members of the public and stakeholders to explore the proposals set out within the vision document.

The consultation process commenced in March 2014, with meetings of the Keynsham Development Advisory Group (KDAG) and the Keynsham Chamber of Commerce, led by Bath & North East Somerset Council’s consultant Mott MacDonald. The consultation subsequently went live on 7 October 2014, comprising a number of events, including two public exhibitions held on 20 and 21 October 2014. A questionnaire was made available at these events, and online for those who couldn’t attend. The public consultation closed on 12 November 2014.

A total of 130 responses were received to the consultation questionnaire, with 93 online submissions and 37 paper based submissions.

Additionally, a number of organisations and individuals took the opportunity to comment on the draft Transport Strategy by means other than return of the formal questionnaire. Consultation responses by email, telephone, letter and in person were received from councillors, council officers, organisations concerned with local governance and other interest groups, together with 15 individual members of the public

Following the earlier round of consultation, in line with the Cabinet's resolution from their meeting on 8th July 2015, the Council held a further exhibition to unveil the Keynsham Transport Strategy and explain the proposals being put forward. This was an opportunity for residents and visitoes to Keynsham to better understand the proposals within the Strategy.

The event was held on 15th September at the Key Centre in Keynsham and was well atended.

A copy of the display boards taken to the event can be viewed via the the following link:

A set of frequently asked questions was also made available.