Urban gulls are an issue for many towns and cities throughout the South West.  Whilst we can action situations that may attract gulls, such as poor house-keeping within premises, there is no legislation that enables the Council to control them effectively.

Gulls cause real issues to residents of Bath and the surrounding towns, but we have to balance that with the fact that the gulls are a protected species, and as such, the gulls and their nests are protected. Lethal actions (including nest and egg removal) therefore would normally constitute offences under law, and licences to carry out lethal actions are issued as a last resort.

Prevention is always preferable to cure, and there is still an opportunity to prevent gulls nesting on your roof by PROOFING YOUR ROOF! Don’t wait for the Gulls to nest and have months of disruption. We advise householders to visit our gull information document named "Urban Gulls, how to stop them nesting on your roof" in the documents section of this webpage and to take steps early this spring to prevent future nests from being built on your roofs. The council have negotiated a 10% discount on the cost of any proofing with our Gull contractors, NBC Environment. They can be contacted through their website https://www.nbcenvironment.co.uk/. Please mention Bath and North East Somerset Proof your Roof Campaign in order for them to apply the 10%.

In order for us to comply with the licence, officers assessed whether lethal action was proportionate in order to preserve public health or safety, and also needed to be confident that non-lethal measures have tried, or would not work.

The vast majority of reports by members of the public this year cited noise or gulls causing mess or swooping down on people and pests as the reason that they requested intervention.  Examples given by Natural England of what are not justifiable reasons for taking action are gulls swooping on pets; and on people but not making contact. Also, nuisance is not deemed to be a reason for lethal action (including the removal of nests and eggs). If one of the key reasons for requesting action under this programme is continued sleep disturbance, information relating to what negative health effect that has led to.

We will be applying for a licence again in 2022 to enable us to help protect residents where their health and safety are at risk. 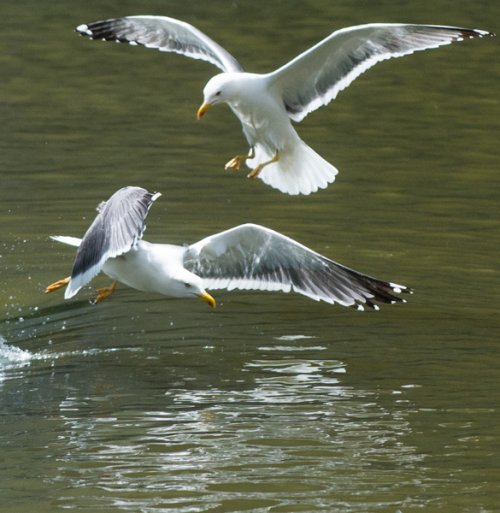 What harm do gulls do?

Gulls are wild animals and consequently can become aggressive especially during the breeding season.

When do they cause most problems and why?

Gulls tend to cause problems during the breeding season when they can become noisy and aggressive in protecting their young.

Is the gull population growing year on year?

The Bath gull population in 2018 stands at 835 pairs. Midsomer Norton supported a minimum of 163 pairs & Keynsham (Ashmead Trading Estate) 75 pairs. Numbers in Keynsham have risen by 67% Numbers in Midsomer Norton have increased by 46.8% (Source: Rock 2018)

Urban Gulls, how to stop them nesting on your roof